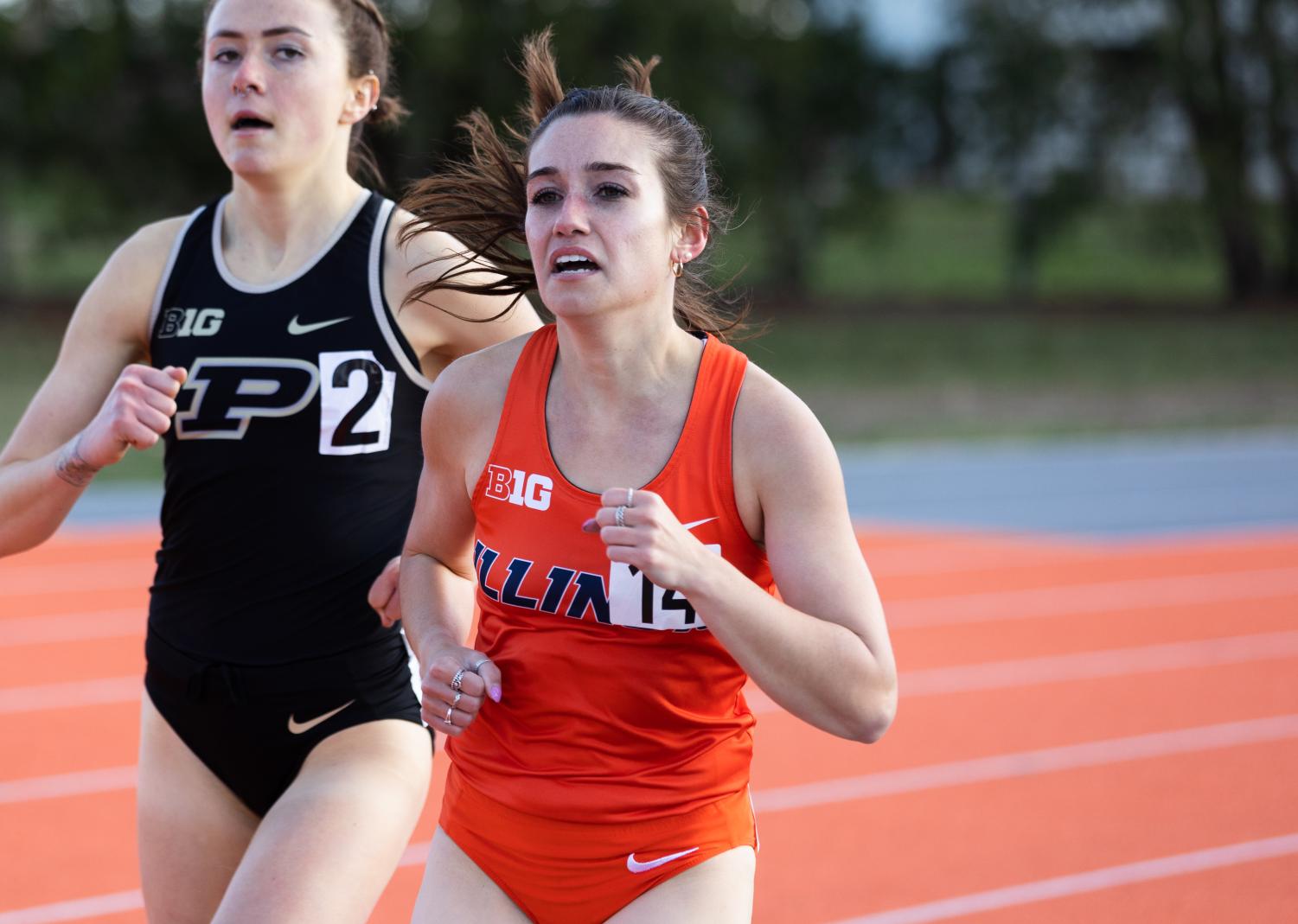 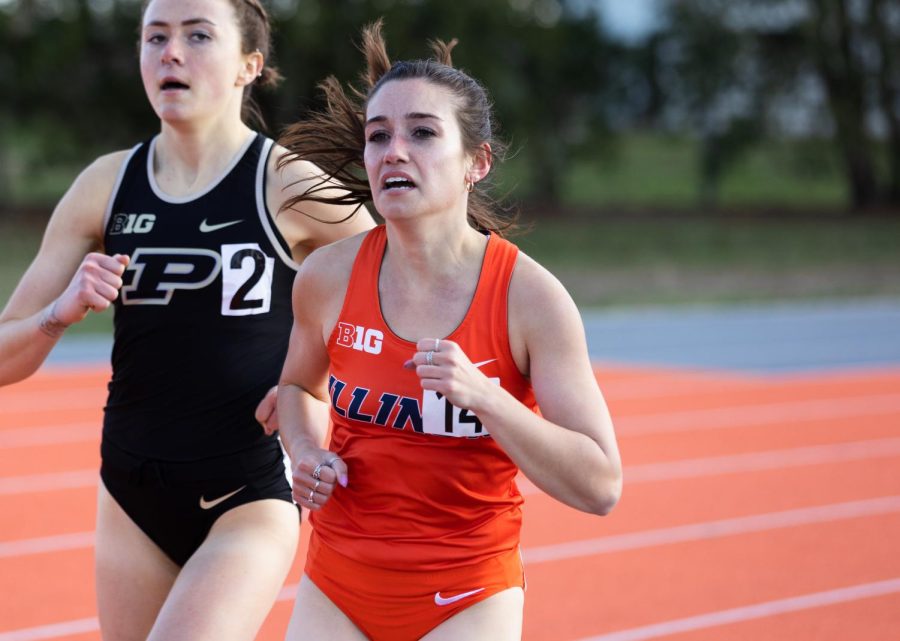 Distance runner Rebecca Craddock runs laps while attempting to take the lead during the Illini Classic on Saturday. Craddock’s confidence carried from her record breaking performance at Stanford to Saturday’s event.

Illinois track & field had a great time hosting their first outdoor meet of the year, earning nine event titles and four personal records in the field and running events.

It was a cold day for running at the Illini Classic, but Demirjian Park was the place to be to watch a successful meet for the team.

Junior Bret Dannis followed up by being crowned the 100m hurdles champion with a personal best time of 13.90.

Men’s pole vault had an underclassmen event champion as well as freshman Collin Kao took first with a leap of 4.75m.

Freshman Maggie Gamboa added to the event titles on the day with a Steeplechase crown, finishing the 3000m event in 11:02.

Redshirt senior Rebecca Craddock came into the Classic after a very strong performance in Stanford, California, last weekend, where she recorded the second-fastest 5000m in program history.

“I think I went into the Stanford meet just a little bit more relaxed,” said Craddock. “Then it all came together, which made me feel really good. It was a great night, great facility, and it felt really good.”

The fifth-year athlete finds it harder and harder to improve upon her times after running so many races throughout her career, but this record was big for her confidence in her final season.

“I am super confident now,” said Craddock. “I can feel that I can still shave some more time off because that was our first meet of the season.”

Craddock believes the best is still ahead of the Illini even after all of the event titles won on Saturday.

“We have freshmen, sophomores and juniors all traveling with the team, and I think we can see some more broken records this season.”

Craddock can’t wait to run another 5000m race this season to build upon her historical time at Stanford, and the fifth-year is capable of improving and leading the younger athletes to success.

The Illini continued to win events late into the evening on Saturday, including freshman TaCoria Humphrey, who built upon an already impressive resume with a 1.70m jump in the high jump.

Senior Jaden Jackson then won the men’s 400m hurdles for the second weekend in a row and has impressed early in the season.

Indoor second-team All-American Tyler Sudduth finished the day with yet another shot put victory, keeping him perfect in the outdoor season.

Next, the Illini will travel to Walnut, California, for the MT. Sac Relays. The relays are a three-day meet, April 14-16, and should include many good teams for the Illini to compete against.