Plans to demolish supermarket and replace with 108-bedroom hotel 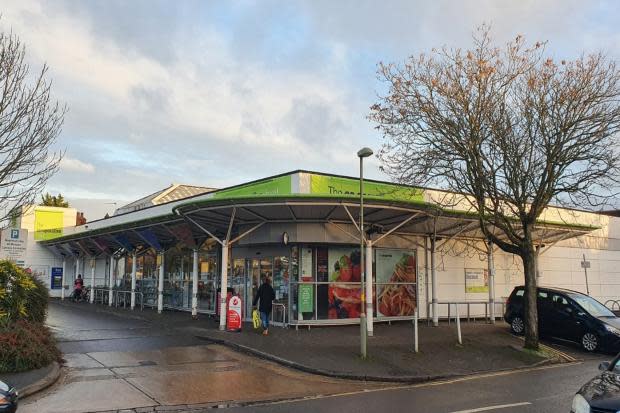 Ideas to demolish a grocery store and change it with a 108-bedroom hotel have been knocked again.

Oxford Town Council’s setting up committee unanimously refused an software to change the Co-op in London Highway, Headington, into a lodge and restaurant.

The committee had been proposed to refuse the application from Cantay Estates Ltd, which bought the Co-op keep in December 2020.

Read through yet again: Headington Co-op sold in bid to establish flats

The resort would’ve arrived at five storeys on the corner of London Road and Stile Street.

That was a contentious component for Louise Upton, the town council’s cabinet member for a safer, healthier Oxford.

She advised the meeting: “I located when wanting at it, it did appear substantial on London Road with all the items subsequent to it.

“The Co-op there, people employing it at minimum pull off the road, but I can just picture taxis pulling up proper in entrance of it, blocking the cycle lane so that cyclists have to go out round – that would be occurring all the time.”

If approved, the web site would’ve noticed a retail device on the floor flooring, a separate hotel foyer entrance and restaurant, with lodge rooms on the initially to fourth flooring.

The setting up would’ve prolonged in peak from a few storey on the boundary with St Andrew’s CE Principal Faculty and 5/7 Stile Road, rising to five storeys on the corner of London Highway and Stile Road.

An officer report said: “The proposed enhancement by motive of its scale, peak and massing would result in an inappropriate overdevelopment of this open and popular peripheral edge of district centre, area at odds with the prevailing character and physical appearance of the place.

“The progress would be hugely visible and a strident setting up in the road scene, visually discordant in sights on London Highway and Stile Street ensuing in a sort of progress that would are unsuccessful to be locally unique, and would not be of substantial-high-quality design.

“The proposed advancement fails to choose into account the impact of the proposal on the significance of St Andrew’s CE Principal Faculty, as a non-designated heritage asset.

“The proposal, by explanation of its scale, siting, massing and top will dominate this Victorian university developing and will reduce the school’s prominence in views on London Street, resulting in a very low to reasonable stage of fewer than sizeable harm to the importance of this heritage asset.”

There have been 215 letters of objection and 5 letters of support for the application, which can be seen on the city council’s preparing portal, applying the reference amount 21/03361/FUL.

Bought a story for us? Send us your information and shots in this article

Record an event for absolutely free on our web-site below