Playing through injury during a national title run 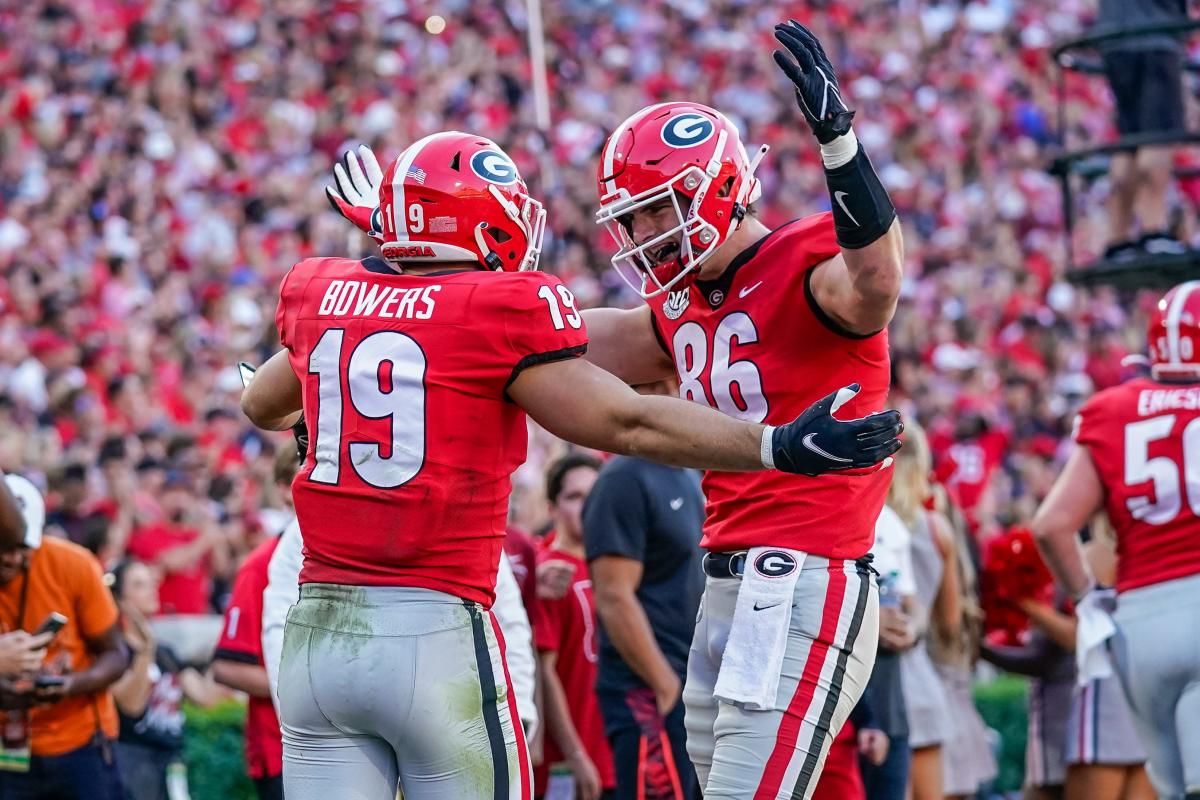 Hoops will fill your TV all weekend from CBS to TBS to TNT and Tru TV—if you can find that.

Georgia’s football Pro Day on Wednesday provided a couple of hours of programming for the SEC Network.

The Bulldogs’ high-end future NFL talent was on display and the Bulldogs figure to hit the double digits of drafted players next month.

One guy who didn’t work out is John Fitzpatrick, the tight end who put his name in the draft pool after his redshirt junior season.

He couldn’t participate on Wednesday because he’s recovering from not one but two surgeries to repair stress fractures in both feet sustained last summer.

“I was in a team run drill doing a 5-10-5 (shuttle),” Fitzpatrick said at the end of Pro Day in the indoor practice facility. “I had the choice to get surgery right then and there and miss the first half of the season or kind of see how it goes and try to play through it and do it after the season. That’s what I decided to do.”

The Marist School product played through it alright. He saw action in every game, starting seven on a team where freshman tight end phenom Brock Bowers put up huge numbers in the passing game.

The 6-foot- 7 Fitzpatrick did the dirty work as a blocker and had six catches for 83 yards.

Two days after Georgia’s national championship win over Alabama, Fitzpatrick had his first surgery on his left foot. Four weeks later, he had surgery on his right foot.

He hopes to begin running next week and could work out for NFL teams in April. Perhaps a team looking for a tight end will take him on Day 3. He weighed in at 263 on Wednesday, up from 250 he played at last season.

Charlie Woerner was a sixth round draft pick in 2020 and Tre’ McKitty went in the third round in 2021.

“He wanted to play out the year,” coach Kirby Smart said. “He did that and did a really good job for us. The good news is he’ll be healthy for all the mini-camps and all the OTA days wherever he gets to go. But he’s bulked up some. …They want him to be able to play Y, so he’s added some weight. He hopefully will get to work out maybe in April for some teams later on when he’s healthy.”

This article originally appeared on Athens Banner-Herald: Playing through injury during a national title run