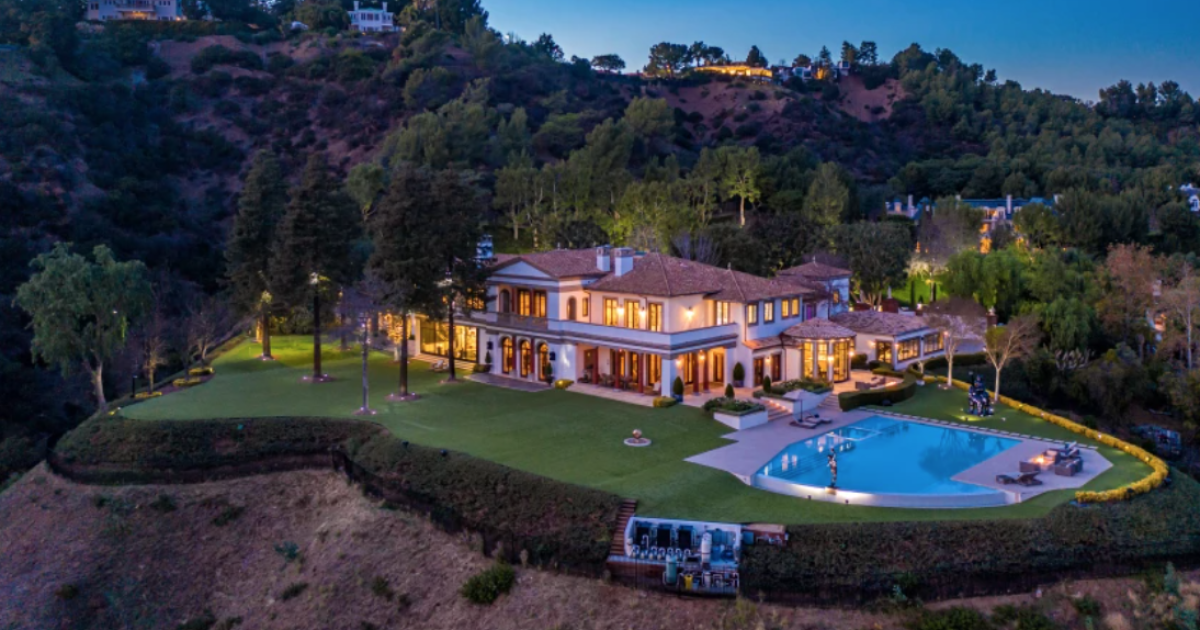 Welcome back to the Real Estate newsletter, which hits your inbox after a week filled with scoops. Following a slow start to the year, two of the world’s biggest music stars blew Southern California’s luxury market wide open.

The first was Adele, who bought Sylvester Stallone’s Beverly Park mansion for $58 million. It’s an enormous price tag, but it appears the pop star got a pretty good deal, since Stallone was originally shopping the estate around for $110 million.

The property (which comes with not one, but two Rocky Balboa statues) was Southern California’s priciest deal of the year so far. That is, until Drake decided to up the ante just a few days later.

Drake’s new digs are one of a kind, spanning more than 20,000 square feet on 20 acres in the Beverly Hills Post Office area. In terms of size, there’s nothing even close to that on the market now in the 90210 ZIP Code.

Our third notable property takes us to the scenic hills of San Juan Capistrano, where Dick Marconi listed his 1,225-acre ranch filled with exotic animals for $22.95 million. Marconi made his fortune as the supplier of multilevel marketing giant Herbalife, and his property comes with a 51-acre animal reserve complete with a giraffe, six African antelopes and a dozen zebras — as well as a pair of desert turtles that like to hang by the barn.

We also saw perhaps the final saga in the long, winding story of “The One,” which was auctioned off to the highest bidder Thursday for a record $126 million following a years-long battle between the developer and his many, many lenders. It’s the most ever paid for a home at auction by a country mile, and we looked into the possible headache that the buyer now has to face with owning Southern California’s most notorious mega-mansion.

Speaking of developers, we need to talk about the “Taxpayer Protection and Government Accountability Act,” which is currently collecting signatures to get placed on November’s ballot. Columnist Michael Hiltzik took a look at the fine print, and perhaps not surprisingly, the act wouldn’t protect taxpayers in the slightest. It would, however, protect real estate developers, who are pushing the bill to try to make it harder for local government to impose taxes and fees for things like housing code violations.

In an era where overly ambitious developers continue to be fined as they try to erect bigger and bigger mansions on smaller and smaller plots of land, it’s probably smart to scrutinize the possible legislation.

While catching up on the latest, visit and like our Facebook page, where you can find real estate stories and updates throughout the week.

It’s a bittersweet sale for Sylvester Stallone, who just unloaded his Beverly Park mega-mansion for $58 million. That was Southern California’s priciest sale of the year, but it’s 47% shy of his original price tag of $110 million.

The buyer is pop star Adele, The Times confirmed.

Stallone had been shopping it around for more than a year, first listing it in January 2021. With no takers, he slashed the price to $80 million in October.

Spanning 3.5 acres, the property comes with plenty of pedigree. Found in Beverly Park, the star-studded enclave includes residents such as Denzel Washington, Magic Johnson, Justin Bieber and the late Sumner Redstone, who owned the house next to Stallone’s.

Drake makes his move to L.A.

For the last year, Drake has been scouring the Southern California real estate market for a new home, and it appears he has found one.

The hip-hop star is buying the Beverly Crest mansion of English singer-songwriter Robbie Williams, according to a real estate source who spoke about the transaction on condition of anonymity. Details are scarce because the house wasn’t publicly listed for sale, but the source said the deal should likely close in the mid-$70-million range.

The price tag is a reflection of the prized property’s rare combination of size and scale, which is unmatched in the Beverly Hills Post Office area. The trophy estate spans 20,000 square feet on more than 20 acres; for reference, there is no other home on the market in the 90210 ZIP Code with even close to that much land.

The sale marks Drake’s first property purchase in the Los Angeles area. For the last decade, he’s been compiling a compound in Hidden Hills, a gated city in the San Fernando Valley where celebrities flock for privacy. He also owns a 50,000-square-foot showplace in his hometown of Toronto.

Antelopes, zebras and giraffes — oh my

For the last three decades, Dick Marconi has been crafting a private paradise in the hills of San Juan Capistrano, filling the 1,225-acre ranch with houses, animals, statues and any other amenity that came to mind.

Marconi made his fortune through the multilevel marketing giant Herbalife, creating the nutritional company with Mark Hughes in the 1980s and supplying the brand’s lines of supplements, vitamins and weight-loss products.

He picked up the property for $1.2 million in 1994. At the time, it held cattle pastures, prickly pear cactus and a Tuscan-style home built in the 1970s by “Endless Summer” director Bruce Brown. Marconi envisioned a Tuscan-style village and spent the next few years bringing in flora and fauna, including olive trees and zoo animals.

At the heart of the compound, there’s a 51-acre exotic animal reserve, and the $22.95-million price tag includes a giraffe, a dozen zebras, six African antelopes, a kudu and a llama — as well as a pair of desert tortoises that hang out by the barn, according to the listing. For fishing, there’s also a lake stocked with bass and catfish.

Headaches in store for whoever wins ‘The One’

The mega-mansion known as “The One” has become something of a Rorschach test for L.A.’s luxury real estate scene: Everyone’s focus is on the same massive Bel-Air structure, but they’re not seeing the same thing, writes Laurence Darmiento.

Some think it’s the ultimate trophy home, while others are convinced it’s a giant white elephant clad in marble and glass that one local broker has sarcastically dubbed “100,000 square feet of drywall.”

The One’s listing agents are saying it has already drawn one offer in bankruptcy — as well as interest from ultra-wealthy buyers across the globe and L.A.’s own billionaire set, who have eagerly toured the property.

The mega-mansion sold Thursday for $126 million at a bankruptcy auction — a huge discount from its $295 million listing price. Several issues surround the property, including the lack of an occupancy permit and allegations of possible construction defects and zoning code violations. The local homeowners association is calling it a “brewing scandal” and is vowing to investigate.

There’s also the pall cast by the social zeitgeist, not exactly amenable to gross displays of wealth amid the uncertainty of the pandemic and gnawing economic inequality — though that hasn’t slowed luxury home sales or quelled curiosity about The One.

One can’t really blame big business for launching yet another anti-tax campaign. After all, it’s what enterprises do: Complain incessantly about the poor level of public services, while taking steps to make them even poorer, writes business columnist Michael Hiltzik.

One can blame them, however, for taking these steps deceitfully.

That brings us to the “Taxpayer Protection and Government Accountability Act,” a proposed initiative co-sponsored by the California Business Roundtable. The roundtable is collecting signatures to place the measure on November’s ballot.

You might not be surprised to learn that the initiative wouldn’t do anything like what its title suggests. It wouldn’t protect taxpayers, except the big businesses lurking behind it — particularly big real estate developers. It wouldn’t make government more “accountable,” but less so, Hiltzik writes.

The baton has been passed from one California region to another for the dubious distinction of the nation’s least affordable metro area. Data from OJO Labs says San Diego is now the least affordable area in the country due to median home price vs. median income, stealing the title from San Francisco. SF Gate has the details.

Celebrities buy and sell Hollywood Hills homes like hotcakes, but actress Courteney Cox had an unorthodox reason for unloading her place in Laurel Canyon: It was haunted. Recounting the details to Jimmy Kimmel, she said she knew of the home’s spooky history, even holding a séance with former owner Carole King, but the nail in the coffin was when a UPS delivery man claimed the place was haunted, pointing out that he saw someone standing behind Cox while dropping off a package, according to the New York Post.