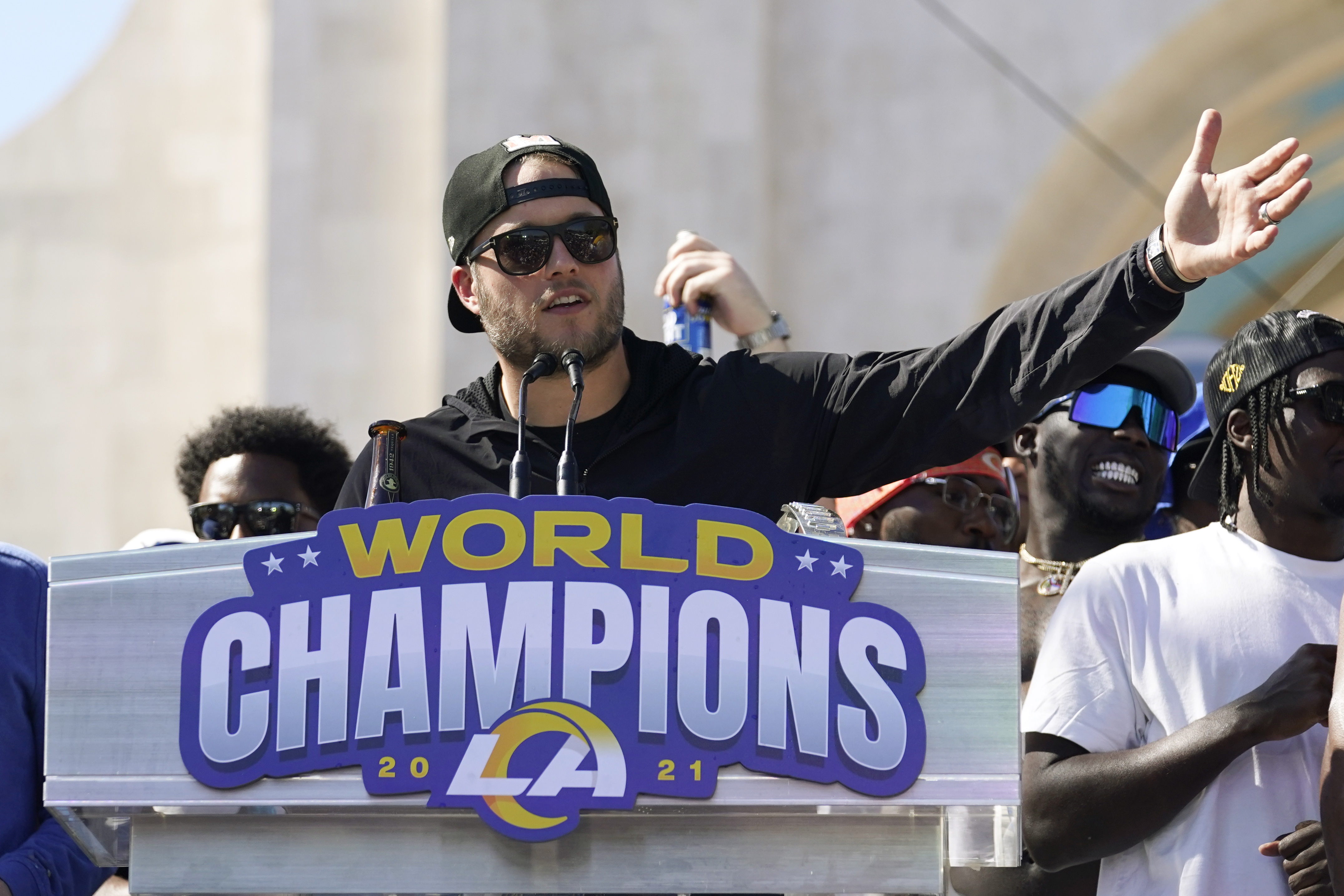 Matthew Stafford and his family have taken to Los Angeles very quickly.

Two months after leading the Rams to a Super Bowl title, Stafford reportedly has bought two homes in Los Angeles from hip-hop star Drake for a total of $11 million.

Per Katherine Clarke of the Wall Street Journal, the Stafford family bought the neighboring houses for nearly $4 million more than the asking price ($7.6 million).

Clarke noted the houses are located in the Hidden Hills area of Los Angeles that is “known for drawing celebrities and professional athletes.”

Drake originally purchased three properties together within the past decade. According to Clarke, the third house is still on the market with an asking price of $14.8 million.

The properties Stafford purchased are 6,000 square feet combined. One of the houses has five bedrooms, a heated pool, 800-square foot guesthouse and a pool house. The other has three bedrooms and a large antique brick fireplace in the living room.

When Stafford was first traded to the Rams in March 2021, he bought a 15,000-square foot home for nearly $20 million as it was being constructed in Hidden Hills. The amenities in that property include a commercial theater, home gym and a massage room with a steam shower.

Stafford can certainly afford to expand his portfolio as much as he has in the past 12 months. The 34-year-old agreed to a four-year, $160 million contract extension with the Rams in March.